The whole of Higham Lane School came to a halt on Remembrance Day to pay its respects to the country's gallant heroes.

At the 11th hour, of the 11th day, of the 11th month, students and staff gathered on the playground in honour of the brave service men and women who have paid the ultimate sacrifice over the years.

Four drummer boys from the School were joined by trumpet player Michael Taylor, of Bulkington Silver Band, who played `The Last Post' to end two minutes' silence, adhered to impeccably by everyone.

Full story and more photographs in the next edition of HLS Express, due out in December! 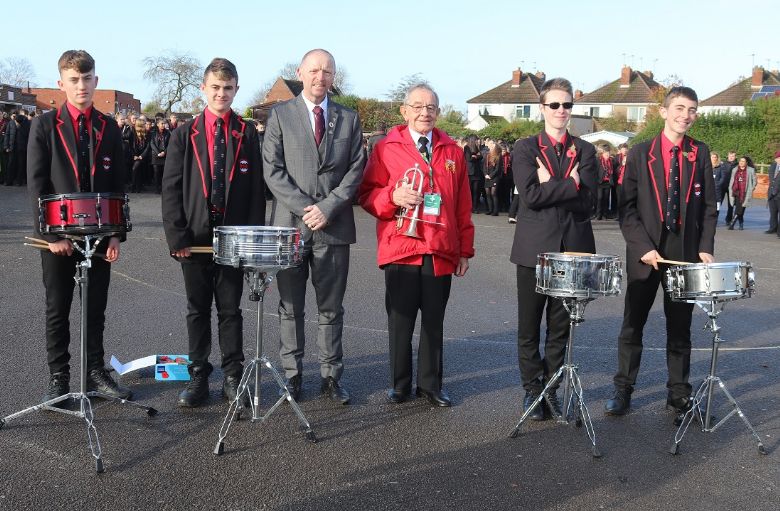